A Look at Spiderman 4: Who is Gwen Stacy? 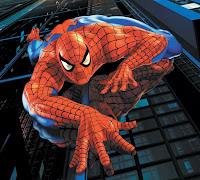 With the announcement of Emma Stone (Superbad, Easy A) playing Gwen Stacy in the upcoming Spiderman flick chronicling the life of young Peter Parker who will be played by Andrew Garfield, we here at Experts123 only thought it would be appropriate to do some chronicling of our own of young Parker's love life and tangled love web (since only hardcore comic book fans know the true story of Spiderman's relationship with Gwen Stacy).

Spiderman 4 will begin shooting as soon as the A-list cast has been selected. It is supposed to look at the early life of Peter Parker, as opposed to the 3 movie blockbuster series that chronicled Parker's post-grad life.

Spiderman was originally created to give teens a superhero they could identify with. Parker's obsession with his inadequacy lead his comic book fans to be able relate. He was an average kid: a smart science whiz and an orphan who lived with his aunt and uncle. Peter Parker also struggles in love.

Who is Gwen Stacy?

Peter Parker meets Gwen Stacy while studying at Empire University. He initially ignores her advances, and she becomes bored and dates others. Nonetheless, their aptitude for science and intellectual abilities bring them together.

Many things trouble their relationship initially. Gwen Stacy is the daughter of Police Captain George Stacy, who falls to his death in a fight with the Green Goblin--leaving Gwen to blame Spiderman. Gwen also pressures Peter into marriage which puts a toll on their relationship, but eventually she moves on and they move in together in New York City to plan for their future.

However, Gwen dies suddenly from the whiplash of Spiderman's web catching her when the Green Goblin throws her off of a bridge. Never before had the loved-one of a superhero died so suddenly.

Her death lead to a lot of important developments in the world of Spiderman: Mary Jane Watson (a close friend) becomes more serious and becomes better acquainted with Peter Parker, leading to eventual marriage (and we all know how that story ends even if we haven't read the comic books).

All in all, Spiderman 4 will look into the life of Peter Parker during his relationship with Gwen Stacy who is a lesser known love interest in the shadow of Mary Jane Watson. As the spotlights begin to shine more on the production and casting of Spiderman 4, undoubtedly more will be commonly known about Gwen and her relationship with Peter Parker. But as of now, little is known about this woman of the comic books in comparison to Mary Jane Watson.

Have questions? Ask them on www.Experts123.com. With a hot topic like this, you are sure to get some interesting answers.

What are spiderman's weaknesses?

Can Spiderman be considered an epic hero?

How Do You Make A Home Made Spiderman Costume?

Who acted as spiderman in the film spiderman?

Where did spiderman live?
Posted by Amy at 5:49 PM